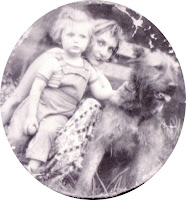 Since I was born, I've lived with pets : my first dog, Yankee, was a "Bouvier des Flandres" breed.

My grand parents owned a teckel Baltazar, a boxer, Candide, then 2 labradors Yan then Sarn. I spent my holidays playing with them. 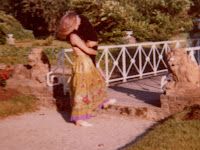 Young adult I lived in Paris with a black poodle called Schproumpf, a quite agressive one !

He ended his life in the country,  living with my grand parents who had lost their labs. Happier than in a city ! 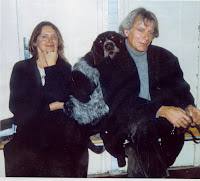 In 1994  my husband and I took a hunting dog : a drahthaar called Jim, as we spent all our week ends in the country. We had asked 3 vets to be sure it was not a mistake.

We offered him a young black kitten, Leo, to keep him company when we moved to the country in 2006. Both lived with us until may 2008. 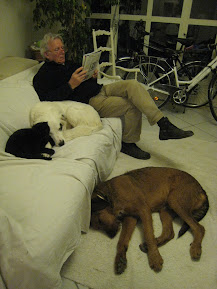 After Jim' s death and Leo's disappearance, we adopted Foudre, a 18 months old Beauceron x Griffon in a SPA refuge ; he lived with us until 2018.

We welcomed a new puppy, Tahoe, born in april 2020, during summer. This lab x spaniel was fond of our beloved black cat 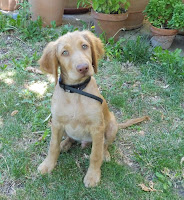 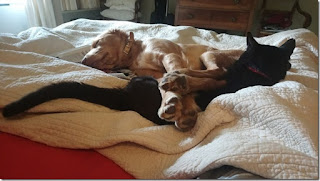 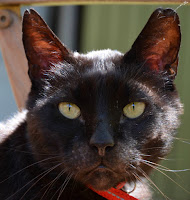 Unfortunately we lost suddenly Zig, on the 4 th of january 2021 (aneuvrysm rupture).

He had spent 12 years and a half in our company.

We may adopt another cat, but for the moment it's too early. We are so sad with all these losses...