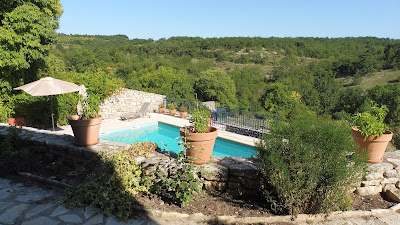 This sit was the shortest I ever made among 10 sits in 3 years : I only stayed 3 days in this old stone house built in the 14th century.  The (much more recent) pool was welcome as it was very hot outside (more than 30°C in the shade)

The owners, a british couple, wanted to spend a week-end in England and never leave their cats alone.  I had suggested several months earlier that I could help them if necessary, so i accepted their invitation when they sought a cat sitter and drove to their village, near Barjac (Gard)  at short notice. 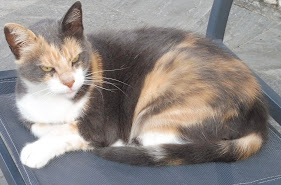 Cindy, 9 years old, is their favorite pet. They were so sad when she disappeared for 8 months,

They were pretty sure she had died and could not believe it when she appeared on the steps to the house one evening. She was easily recognisable with her face pattern.

There she was, skinny and obvioulsy  exhausted, her paws totally raw and tender but quite in quite good shape. She had possibly been thrown into a plastic bag as, since that adventure, she is completelyscared when she sees one. What had she faced ? How many days had she walked ? She couldn't tell... 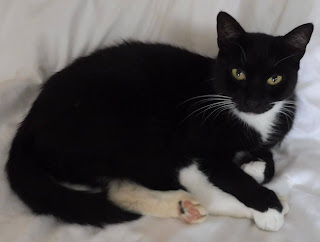 Back home, Cindy was a little vexed to find another, younger, cat in the place.

Each ignored the othe one, but  the two never fought. They even shared their bowl  of wet food (as soon as the other one had gone away)

It took them 2 days before accepting my cuddles on their belly or behind their ears, but Jazzy hated my camera and vanished everytime I tried to take a pic... 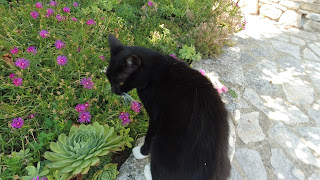 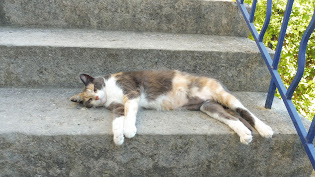