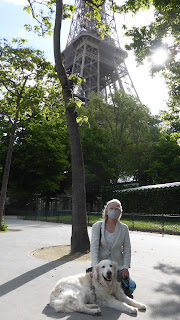 That sit in Paris, near the Eiffel tower, was initially planned around Easter, but it had been cancelled when  a new lock down in France was decided by the government, due to the increase of Covid cases...

Karine, the owner called me back when she and I were allowed again to go further than 10 km, and able to cross France.

I was lucky enough to stay in this Paris flat  after the 19th of may :  terraces of restaurants and many shops sudden reopened. Cinemas had been closed during 7 months. 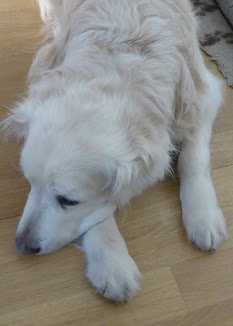 Dustin was a white 13 years old Golden retriever, quite lazy, walking very slowly and almost deaf. A little stubborn  and greedy. I had to prevent him from eating bits of sandwiches thrown on the lawns & in the streets...

I prefered to keep him on  the leash although he was calm and perfectly educated : I was afraid he would not hear the klaxon of a car, a bike or a "trottinette" behind him...

Dustin suffered from rhumatisms and sometimes refused to walk any further. He was much too heavy to be  taken  in arms... Dustin accepted to walk down small stairs but refused energically to  climb them up ! 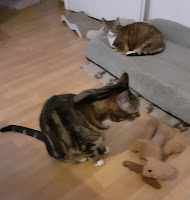 Silver  and Kenya, the 2 cats, were quite jealous one from the other, Kenya, 14 years old, the oldest, was obsviously the chief.

Silver came immediately to my bedroom during the first night but did not stay long. Kenya was more shy.

Silver "spoke" very often, to let me know he was hungry. He was very fond of the dog, and often cuddled him ! 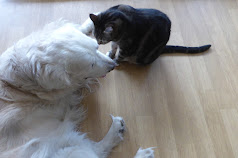 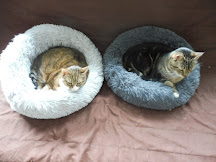 Walks around were very easy along the Seine, Dustin could walk without the lead. Obviously happy to   be free .. 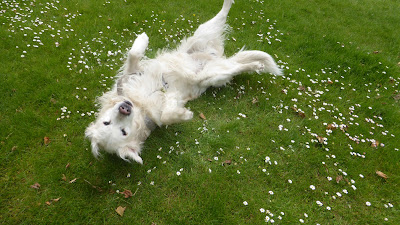