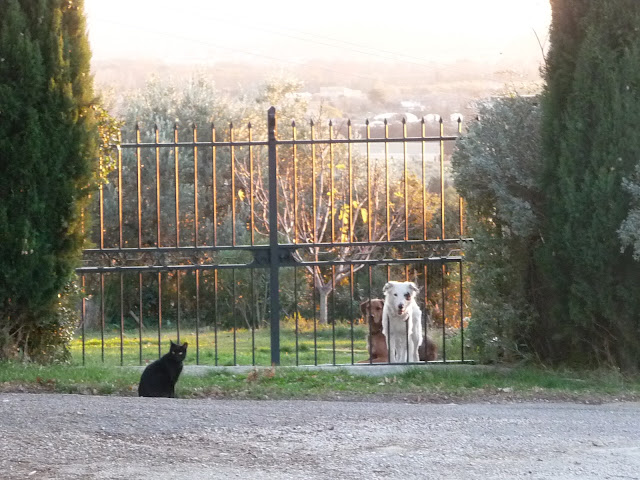 After our drathaar's loss during summer 2008 -Jim was 14 years old-, we adopted one month later 2 new dogs : Foudre (18 months old), found in a refuge,  and several weeks after Nuage ( around 6 months),  found totally scared on the road near our home. Abandoned... 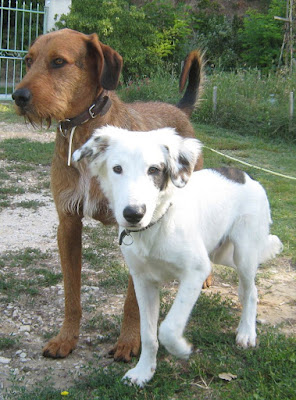 Foudre had been abandoned 3 times in his short life : first when he was a puppy, then by 2 families  who took him back to SPA (how can anybody do that ?), desappointed that he was too gentle ?

This Beauceron x Griffon was huge (44 kilos), people probably thought he would be a good guard ! Foudre was the sweetest dog we ever had, but he hated gunshots, thunder and welcomed nicely everyone !

Probably thrown out of a car, Nuage (a mixed border collie) had no collar, no chip, no tatoo. We sent photos to the vets and refuges around, but nobody ever claimed him so we  officially adopted him after the legal time (3 weeks). 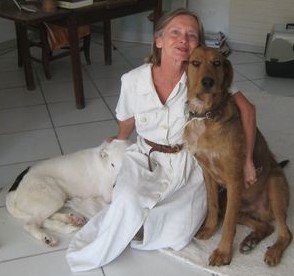 People with whom we exchanged homes during our holidays, often accepted to keep them. Looking after these big dogs  (Nuage adult was 32 kilos) was quite easy : they only had to open the door in the morning, feed them, call them at night.

No walks to do : the garden was big enough and our pets were educated to poo very far from the house.

These 2 loved to play together, were curious  and nice with Zig, the new kitten we had adopted. 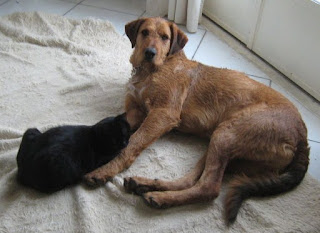 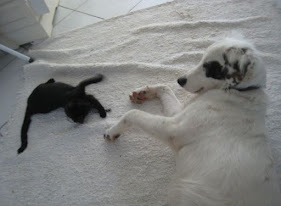 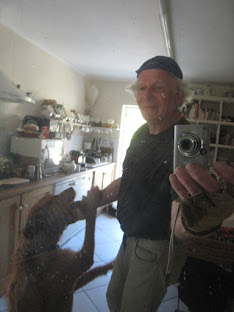 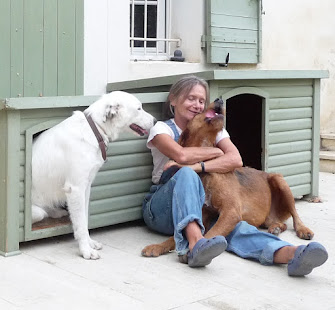 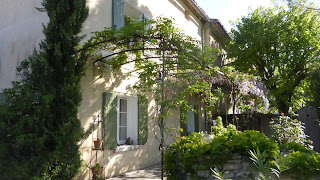 In 2015 we moved again, took our 3 pets 5 km further, to where we live now. Our house had a much smaller garden than in the previous one. So dogs needed to be walked twice a day. Swappers often declined the task.
For the first time we had to search petsitters when we wanted to travel abroad. 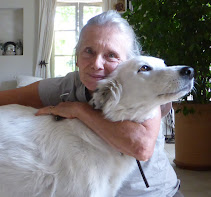 Loosing Foudre in march 2018, then Nuage in june 2020, both 12 years old, we felt  devastated. Living without dogs sounded impossible.
So, in order to stay young and alert,  we  adopted in july 2020 a new puppy, Tahoe, a smaller breed with green eyes.
Tahoe & Zig seemed to get along well, to be very good friends. Even when Tahoe slept on our cat and  tried to bite his tail ! 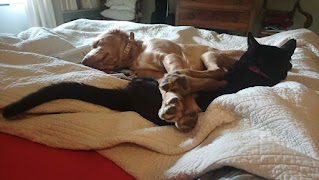 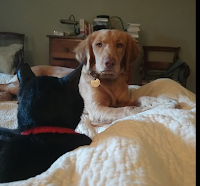 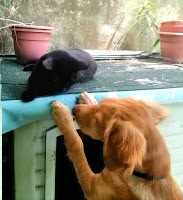 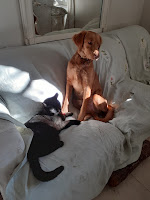 Unfortunately Zig died early january 2021, we may take another cat soon. It's a little too early. We feel so sad...I miss his cuddles so much ! 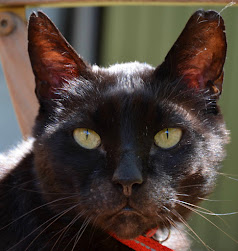 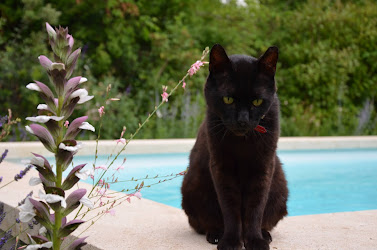 Tahoe was becoming neurasthenic suddenly alone, so we tried to find new companions for our pup : at least once a week we share long walks in woods with other dogs (and their masters) living around... all types of ages, breeds and sizes make all of them socialize !