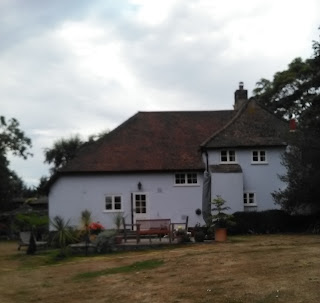 Clare & Mike's lovely house in Kent, near Cobham, has been built in the XVIIth.

Vincent and I were supposed to stay there 3 weeks but were not sure  to be allowed to take the Eurostar during summer 2020. Although that sit had been decided in january for the following august, in march Covid suddenly burst out...

We managed nevertheless to leave France and avoid the quarantine to spent 2 weeks over there.

We had to look after Tommy and Lily. Clare & Mike had warned us Lily, their very old cat (21 years old !)  could pass away during our stay, she did three days after our arrival.

Almost blind, she refused to eat, only drank.  She looked exhausted and stopped calmy to breath one evening. Which was very sad.

Lily  rests now in peace in the garden near a few other pets of the family. 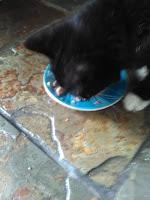 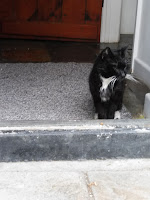 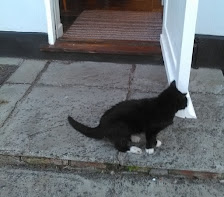 Tommy, the second cat, did not seem very neurasthenic by the loss of his companion. He seemed shy on our arrival but quickly came on our bed, and near me on the sofa when I was reading. 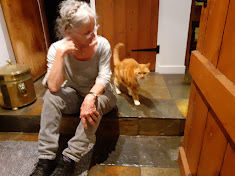 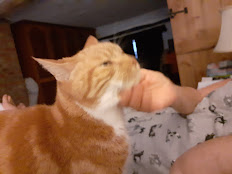 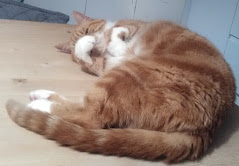 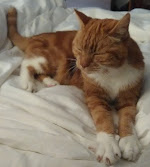 There were also 5 hens to look after,  quite lazy to lay eggs.

The extreme heat, similar to the one we had faced the previous week in Provence, might be the reason...

We were not expecting so high temperatures in England but the following week, things came back to normal : it rained a lot !

Precisely when we had decided to visit a few famous National trust gardens in Kent...