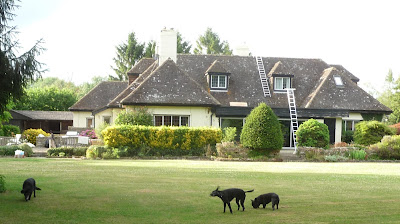 We did not know the Costwolds, so the perspective to stay over there 3 weeks  was very appealing. We were invited to look after 3 dogs : Maddie a very old female labrador, Marley a well behaved whippet,  Loki a turbulent young french bouledogue.

Marie and her husband Ian were charming hosts, they welcomed Vincent and I more than warmly. I had brought some lavender, as a little gift from Provence, and noticed immediately on our arrival there were lavender all around the house ! I felt pretty miserable having thought this plant was growing only in southern countries ! 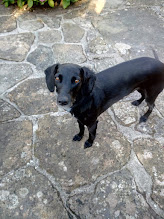 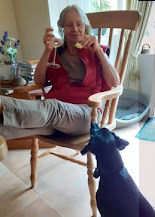 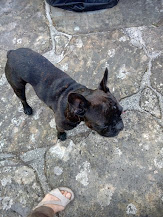 I was quite scared when Loki was running fast after Maddie.

They were chasing each other very often and sometimes she looked furious ! Being 19 years old, she could die of a heart attack ! 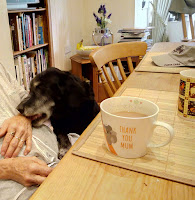 Marie and Ian had told us we could leave them alone a few hours, inside only, as long as we did not forget to leave the TV on !

We could check they were very fond of some channels !

They were all very affectionate, intelligent and brought us great fun. 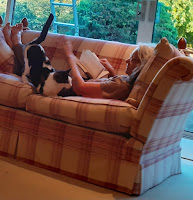 Chi was a very sweet and loveable cat who liked to be cuddled.

He came always near my lap when I was reading on the sofa.

It took him a few days before spending the night in my bedroom.

I was very anxious when he was climbing on the roof.

Feeding the tiny tropical fish was an easy task, but they were not  very communicative !

8 hens gave us everyday organic eggs. There was also an orchard an a vegetable garden we could use. 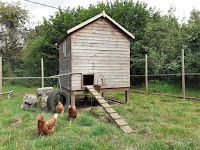 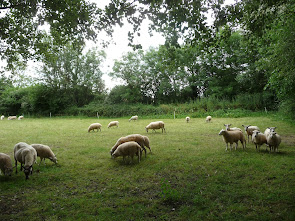 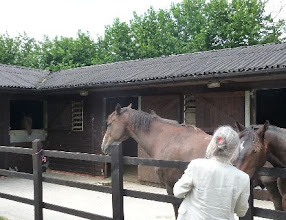